SOLO Sprayers is a leading Australian manufacturer of lawn sprayers, accessories, and replacement parts for residential, commercial, industrial, and agricultural uses. Solo are the most widely used sprayer brand among city councils, contract gardeners, nursery experts, rural farmers, and lawn and garden enthusiasts. Clayton Engineering has been distributing Solo Sprayers in Australia for over 45 years.

The first compact two-stroke engine was constructed in a small workshop in Stuttgart, Germany, by brothers Hans and Heinz Emmerich. Both the SOLO corporation and the KMS30 engine were founded in 1948. The KMS30 was an astounding achievement, designed as a power source for portable machines. It weighed 6.35 kilos yet produced 1.2 horsepower, despite the fact that the 'lightest' industrial engines at the time weighed more than twice as much - 15 kilograms.

SOLO moved on to pioneer in other areas, but it was one of the first companies to provide chainsaws and brushcutters to Australians. The second generation of the founding Emmerich family now embodies the attributes that characterised SOLO in 1948, notably its pioneering attitude, entrepreneurial courage, and knack for innovation. SOLO has maintained its position as a global pioneer in outstanding sprayer equipment over the last 70 years. 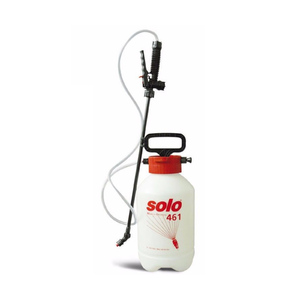