A tap and die is a type of tool that you use to create screw threads (or just threads). It is considered a form of a cutting tool, but can also be under a forming tool. Taps are for cutting where it forms the female section of the mating pair. As for the die, it forms the male portion.

Taps are easy to recognise because they look like short screws. The difference is that they are created with tempered steel, so they are harder. Taps are fluted as well, so they can easily cut edges. You will often see taps with a square top section, which you can use with a wrench for turning.

As for dies, they work the opposite way as taps. As mentioned, they are for forming the male part or the external screw threads. Just like taps, they are made with tempered steel.

If you need taps or dies – both, you can find them right here on The Grit. 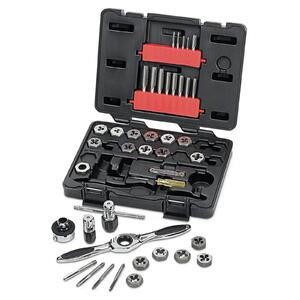